Using the free running app JustMove, the Penn community is encouraged to participate in a remote 5K in support of the American Cancer Society. The donation of $7 can be made through the Relay for Life page, citing Penn Colleges Against Cancer as the team. (Pre-pandemic photo)

The Division of Human Resources hosts a virtual workshop, led by Jamie Apgar, that focuses on recognizing assertive and non-assertive language and behavior and how to apply assertiveness in the workplace.

Between Heritage and Destruction

Jose Antonio Gonzalez Zarandona, a fellow in the Italian Academy for Advanced Studies in America at Columbia University, discusses the largest archaeological site in the world, Murujuga. He discusses the endangerment of the zone, which is located in Western Australia, and draws from his new book published by Penn Press, “Murujuga: Rock Art, Heritage, and Landscape Iconoclasm.”

The Center for Media at Risk hosts this conversation about best practices among media organizations in discussing race and racial justice. Black media-makers across industries. join for a roundtable 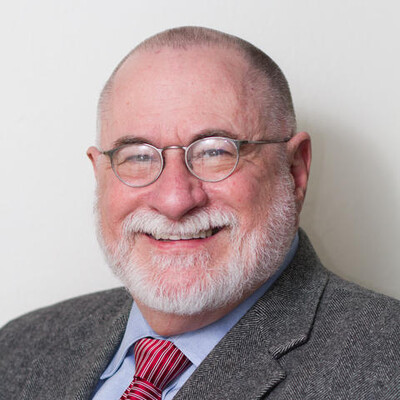 Ron Ozio directs local, national, and international media-relations activities in the central University Communications Office. He is also the news-media contact for matters related to the administration and admissions and is the contact for permission to film on campus.

Debate at Penn: Have We Lost the Spirit of Compromise in America?

PHILADELPHIA –- Will a hard-fought U.S. election, replete with record spending and ever more divisive rhetoric, really change anything in Washington?

PHILADELPHIA -- Students at the University of Pennsylvania are being urged to participate in the Nov. 6 general election.

Event to Mark Partnership Between Penn and KIPP Schools

PHILADELPHIA – A ceremony today will cement the partnership between the KIPP Foundation and the University of Pennsylvania to increase college-completion rates for underserved KIPP students nationwide.  To support this partnership effort, Martha and Bruce Karsh have contributed resources to hel

PHILADELPHIA -- Chyke Doubeni has been named the second Presidential Term Professor at the University of Pennsylvania.

PHILADELPHIA –- Beginning July 1, the University of Pennsylvania will provide a tax offset of as much as $125 per month for employees who are covering same-sex domestic partners under their Penn medical plans, with a maximum of $1,500 per year.

PHILADELPHIA -– The KIPP Foundation announced today that it will partner with the University of Pennsylvania in an effort to increase college-completion rates for underserved KIPP students nationwide.

PHILADELPHIA –- A panel of political experts will examine the 2012 election and the effect it will have on the nation’s ills during the University of Pennsylvania’s annual David and Lyn Silfen University Forum to be held 4:30–6 p.m., Monday, March 19, in Irvine Auditorium, 3401 Spruce St.

Penn Launches Center for the Study of Contemporary China

PHILADELPHIA -- University of Pennsylvania President Amy Gutmann, Provost Vincent Price and Dean of the School of Arts and Sciences Rebecca Bushnell are pleased to announce the launch of the Center for the Study of Contemporary China.  Housed in the