Penn Museum and the Center for Experimental Ethnography at Penn present an international conference that examines current issues of the relationship between collections and colonialism, accountability, and what repair might look like. The conference is mostly virtual but has live events each evening related to Penn and the Philadelphia museum community.

Penn Live Arts presents a virtual screening of “Cactus Flower,” a story of friendship and self-discovery amid disaster. The film is viewable through Oct. 27.

The ICA presents the first major retrospective of the work of Ulysses Jenkins, a video artist from Los Angeles whose work rose to prominence in the 1970s and has been an influence on contemporary art since. The exhibition is co-curated by Meg Onli and Erin Christovale.

The Stories We Wear

Penn Museum presents a special celebration of the new exhibition, "The Stories We Wear." The exhibition showcases clothing, accessories, and jewelry spanning 2,500 years, revealing how items we wear are an expression of identity. A series of pop-up talks, art activities, and performances throughout the day will mark the opening. 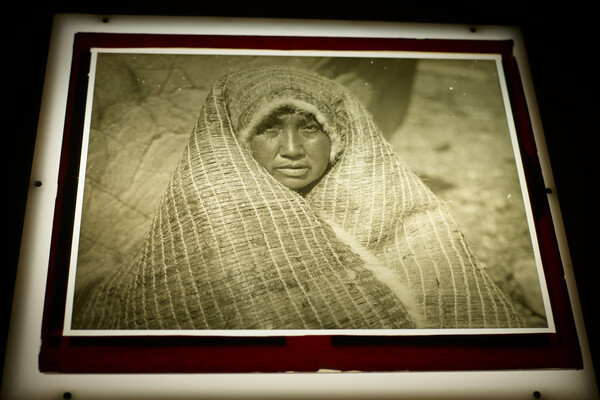 The University of Pennsylvania Libraries has received a rare collection of 151 interpositive glass plates by photographer Edward S. Curtis (1868–1952) from collector William H. Miller III. Appraised at $4.2 million, the gift to the Penn Libraries complements holdings across the University, making Penn a major center for research and work on Curtis, one of the most prolific American photographers of the late 19th and early 20th centuries. 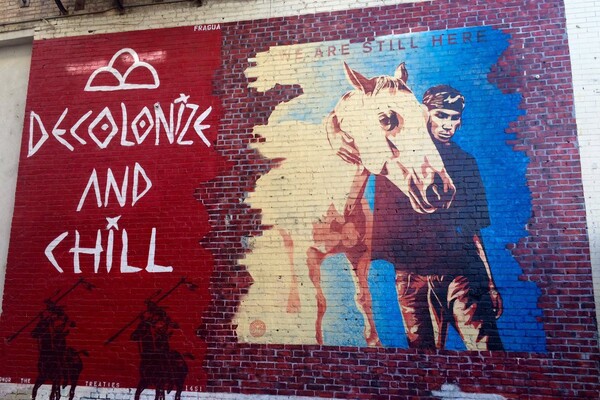 Tackling the topic of decolonization

Deborah Thomas, who runs Penn’s Center for Experimental Ethnography, and Christopher Woods, director of the Penn Museum, discuss a conference on decolonization that starts today. 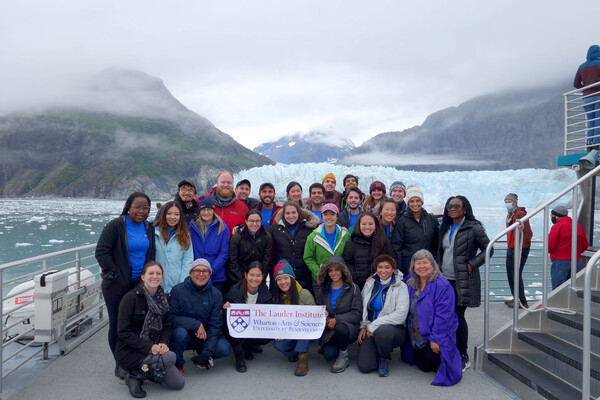 During a trip to Alaska in late August, students of the Lauder Institute explored the environments of Southeast Alaska and got to know the culture of the Tlingit people. 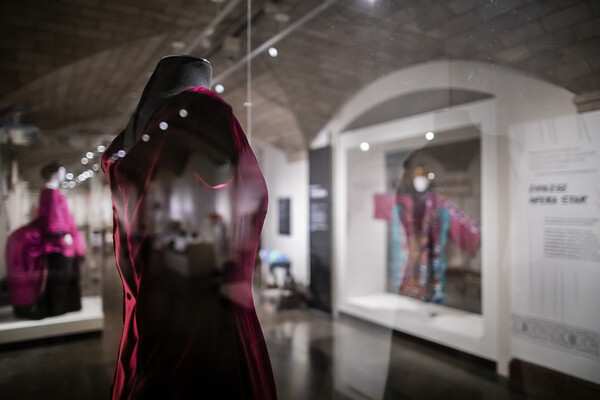 ‘The Stories We Wear’ puts a spotlight on fashion spanning 2,500 years

A new Penn Museum exhibition puts a spotlight on fashion featuring 250 items spanning 2,500 years, including clothing, jewelry, uniforms, weapons, even tattoos. “The Stories We Wear” will be on view through June 12. 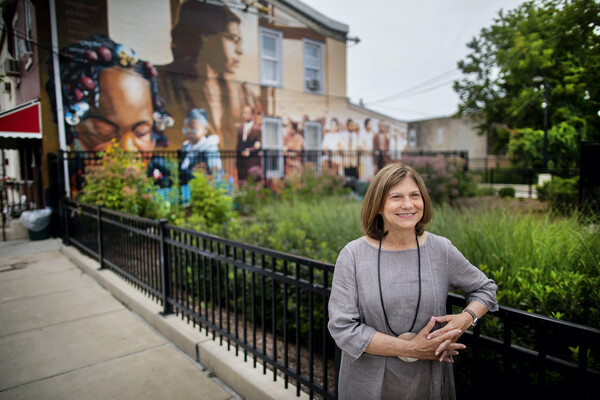 She spent her career studying the culture of medicine. Through collaborations with colleagues in medicine and anthropology, she’s pinpointed why it’s so crucial to see serious medical problems from both a scientific perspective and a patient one. 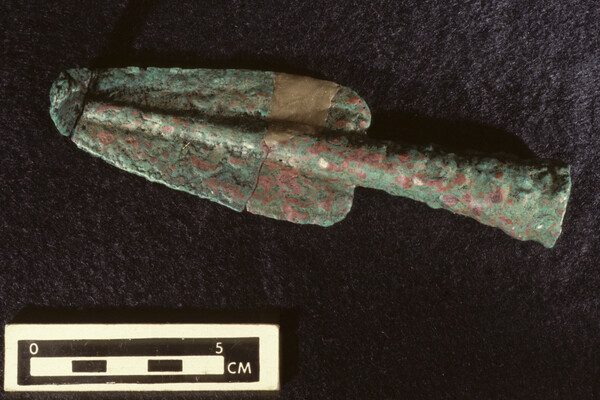 According to the Penn Museum’s Joyce White and Elizabeth Hamilton, prehistoric communities, rather than the ruling elites, in Thailand were the deciders in how to use metal resources. 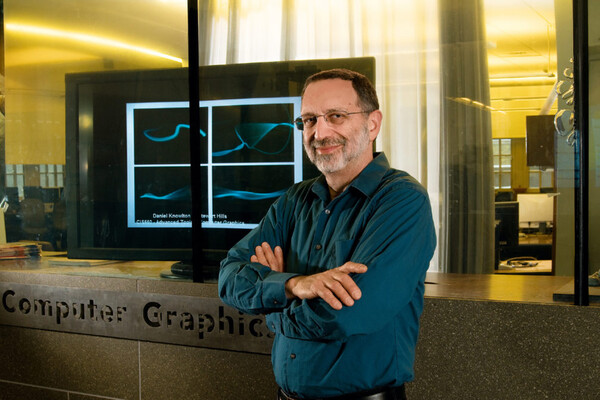 The pioneering career of Norman Badler

The computer and information sciences professor retired in June. He chats about his recent ACM SIGGRAPH election and his expansive computer graphics path.

From the Department of Computer and Information Science ・ July 16, 2021 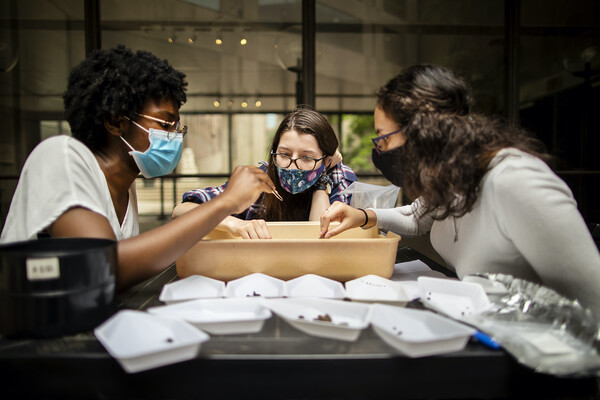 A fieldwork experience, no travel required

During a two-week in-person bootcamp at the Penn Museum, 11 undergrads learned basic archaeological skills in subjects from ceramics and sample-taking to archaeobotany. 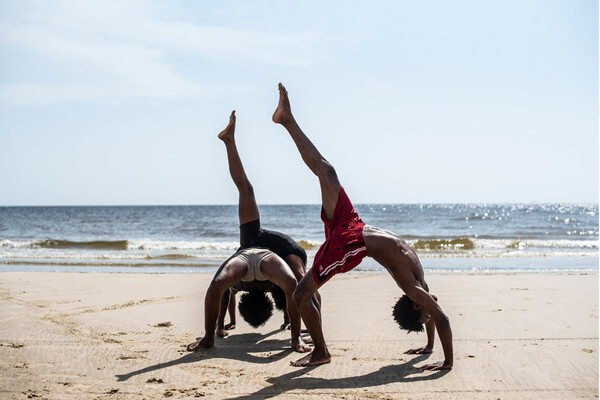 Welcome, a doctoral candidate in cultural anthropology with specialties in urban studies and experimental ethnography, is a member of the Collective for Advancing Multimodal Research Arts (CAMRA).

Architect and landscape architect Anuradha Mathur and anthropologist Nikhil Anand are collaborating on questions of design and human practices to create new ways of thinking about low-lying coastal cities in India and around the world.

PIK Professor Sarah Tishkoff spoke about how humans continue to evolve. For example, she said, a genetic variant that enables lactose tolerance didn’t emerge until somewhere between the past several hundred and 2,000 years. “When you’re talking about evolutionary time scales, that’s like a flash.”

PIK Professor Sarah Tishkoff spoke about her research sampling the genes of remote populations in various African regions. “Our studies combined are just the tip of the iceberg,” she said.

Humans were drinking milk before they could digest it

PIK Professor Sarah Tishkoff spoke about the anthropological origins of dairy farming and consumption. “If you have cows, you have a source of liquid and proteins and nutrition,” she said. “As long as you can keep your cattle alive, of course.”

A team led by Joyce White of the School of Arts & Sciences studied stalagmites in a Laotian cave and identified a drought that lasted for more than a millennium, one of a series of megadroughts that affected Asia and Africa between 4,000 and 5,000 years ago.

Experts question study claiming to pinpoint birthplace of all humans

PIK Professor Sarah Tishkoff said mitochondrial DNA is a poor tool for tracking ancient population history in Africa, as it only traces genes passed from mothers to children over time.

The mystery of ‘Skeleton Lake’ gets deeper

Kathleen Morrison of the School of Arts and Sciences weighed in on the origins of human remains found in India’s Skeleton Lake. “I suspect that they’re aggregated there, that local people put them in the lake,” she says. “When you see a lot of human skeletons, usually it’s a graveyard.”